Hypoglycemia is the medical term used to describe a state of lower level of blood glucose.  It produces different symptoms and effects resulting from inadequate supply of glucose to the brain and it leads to impairment of brain function.

The effects can range from mild change in mood to more serious issues such as seizures, permanent brain damage or even death. 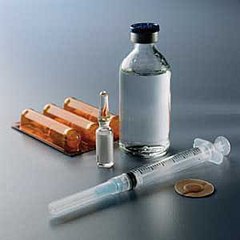 It's usually a complication of the treatment of diabetes by insulin or oral hypoglycemics. Low blood glucose is less common in non-diabetic persons, but can occur at any age.

There are rare causes of hypoglycemia ranging from excessive insulin produced in the body "common with cancer of pancreas", inborn errors of metabolism, medications, hormone deficiencies, prolonged starvation and organ failure.

How to deal with patient suffering from hypoglycemia

It's very important to recognize the previous symptoms and to interact as fast as you could as the patient of hypoglycemia usually doesn't have much time. Time is extremely precious.

Step 3 If the patient is drowsy and can drink

if the patient's condition allow him to drinks. we must give him/her and drink with excess sugar dissolved in it.

Step 4 If the patient is unconscious and can't drink

In this case; Never to force the patient to drink as the fluid given to him would enter his lungs rather than his stomach

We just put sugar under his tongue or just on inner side of his lips.

Life Hacks for Your Smartphone

I like that alot and the steps of dealing with the condition is simple.